Dating a kid with pride

Brown
"'What is up, DramaAlert nation? I'm your host Killer Keemstar, let's get right in to the news!"

In 2009, Prior to DramaAlert, Keemstar held a job at an attorneys office and went home to celebrate after a successful case, got drunk and began trashtalking the opposing team over Halo 3. Little did he know, a YouTuber by the name of DERANKER had it all on record and uploaded it to his YouTube. The video soon became a hit and Keemstar was recruited as member of the F@G (Federation of Asshole Gamers) one of the first trolling groups in gaming.

Keemstar also grew a fanbase on BattleCam, a trashtalking website where he would become a moderator along with AlexXx8. A controversial incident had occurred when racial slurs had been exchanged between the two moderators. Alex, provoking the fight by referring to Keemstar with racial Italian slurs and constantly starting him over the front page. This led Keemstar to broadcast over BlogTV, proving that he was not starting himself and referring to Alex as a "stupid n*gger" in retaliation.

Keemstar has hosted DramaAlert throughout its many incarnations, he has been hosting from 2012-2016, leaving temporarily and returning to host again permanently since then.

In 2016, a controversial incident had occured when two members of Keemstar's news team reported on a pedophile who allegedly was released from prison and apparently went back to streaming on Twitch (the evidence relying on facial recognition). As a result the 62-year old streamer received a lot of hate. Later Keemstar realized that his team actually accused the wrong guy and the real pedophile was still serving a prison sentence. This got Keemstar a lot of backlash from the community in his apology video, Keemstar fired the two reporters and offered to pay the streamer $1000 cash after the misunderstanding. 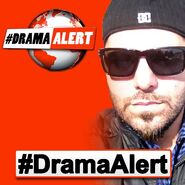 Keemstar's appearance on the H3 Podcast.

Keemstar's exposed conversation with Lefty (not Leafy).
KEEMSTARx - im crying this is how all twitter fights should go down.png
DramaAlert Nation defending Keemstar.